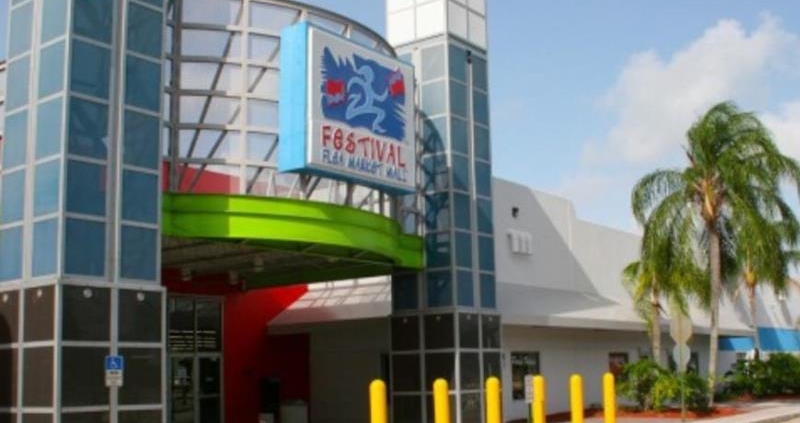 Some of the oldest flea markets in South Florida are being snapped up by investors.

But the buyers aren’t interested in the income generated from the rent paid by vendors offering goods, services or entertainment to bargain hunters.Instead, they’re preparing to build more lucrative projects that will serve the people and companies flocking to the region.

It’s a trend emblematic of South Florida’s changing landscape as money and interests from all over the world claim old apartment buildings, offices, shopping centers, golf courses and even churches to construct new residential buildings, office towers and industrial parks.

But the trend is not unique to South Florida.

“Unfortunately, flea markets across the country, especially in the Sun Belt, are big pieces of land that fall victim to redevelopment,” said Rick Landis, president of the National Flea Market Association.

In the past year, current owners of three local flea markets filed applications to redevelop them into something else – namely as places to store stuff.

“Our proposed development project would represent more than $90 million in new investment and generate an estimated 1,000 construction jobs and 765 permanent high-quality jobs for the community,” a Link spokesperson told the Business Journal.

Yoan Machado Torres, a project manager with West Palm Beach-based engineering firm WGI, said Pugliese will make far more revenue leasing the 4.5-acre property to a storage company and a convenience store than he does from 50 or so flea market vendors. (Pugliese has owned Big Apple since 2000.)

IMC, which paid $56 million for Festival Marketplace’s 23.8 acres of land, did not respond to phone calls from the Business Journal.

Another recent victim of progress: US1 Discount Mall at 18901 S. Dixie Highway in Cutler Bay. Built in 1987, the 49,959-square-foot building is shuttered and awaits its replacement: a seven-story, 236-unit apartment building. Mdist Wholesale paid $6.67 million for the 4.25-acre property in June 2021.

Jonathan Kingsley, executive managing director of office services for Colliers in Broward County, said flea markets are being sought for redevelopment because land is scarce and skyrocketing in value.

“Much like those years where we saw the conversion of older trailer parks to either [multifamily] residential or industrial, we are now seeing the same effect to flea markets,” he said.

Multifamily apartment buildings are lucrative properties, especially since rents have been climbing at record rates since the onset of the pandemic, but they can’t be built just anywhere.

“Residential is usually your highest and best use, but the area still has to make sense,” said Louis Archambault, an attorney with Saul Ewing Arnstein & Lehr who represents real estate investors. For example, a flea market that’s surrounded by intense industrial uses probably won’t work as a place for multifamily redevelopment, he said.

Industrial, on the other hand, is a hot commodity, thanks to the rise of e-commerce companies and the perceived need to hoard materials due to ongoing supply-chain issues. As such, flea markets, as well as obsolete offices and retail centers, are being replaced by industrial parks, said Brian Smith, an executive managing director and South Florida industrial lead for JLL.

“When you have a market like industrial that is hot right now in South Florida, people are reassessing their [property’s uses],” he said.

“I’ve been doing this for 51 years. What’s changed is that there weren’t any discount retailers. There was no Amazon or online competition. So, you can’t [always] get the best bargain at flea markets anymore,” said Landis, who owns two flea markets in California.

But flea markets fulfill another niche that Amazon can’t: the ability for customers to socialize and haggle, Landis said.

“Flea markets are the last bastions of free enterprise,” he said.”The guy with the best deal and the best product wins.”

“You’re not locked into a multiyear lease,” Landis said. “This is all bare bones.”

Yet, some entrepreneurs have faith in the flea market model.

Dan Whitebook said he sees an opportunity to keep the spirit of the Opa-locka Hialeah Flea Market alive.

Last month, Whitebook, president of Atlantic Hosiery, turned part of his 200,000-square-foot warehouse and wholesale retail outlet at 13499 N.W. 49th Ave. into a flea market, about a half-mile from the original flea market. He said as many as 250 vendors from that venue have expressed interest in moving into what he’s named the Opa-Locka Hialeah Indoor Flea Market.

Whitebook charges vendors between $350 and $600 a week, similar to the fees they paid at the Opa-Locka Hialeah Flea Market. And the additional customer traffic will help his store’s business.